Home ENG NEWS Article: Long stay Visitor visa for Japan / Would you like to stay in Japan for a year? 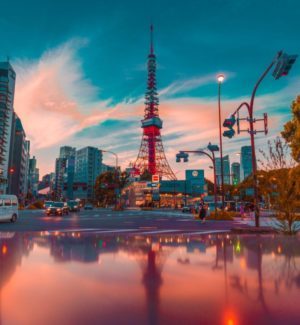 Finally, the Rugby World Cup will be held in Japan from 20th September for two months and this will be the first Rugby World Cup held in Asia. Obviously, the Japanese government is expecting to receive a significant number of visitors and enhance investing promotion for foreign countries. Especially, we have 2020 Tokyo Olympic games next year so we hope both events will be a great occasion for more foreigners to get to know more about Japan.

AOM Visa Consulting launched Japanese Immigration service from May 2019 to enhance inbound tourism and investment opportunities for the people who are interested in Japan business. One is ‘Long stay for sightseeing and recreation’  and the other is ‘Business Manager’ visa (Start-up Visa).

Considering the RWC, the government has introduced a ‘long stay for sightseeing and recreation’ visa.

Japan is a very popular destination for tourism now, and finally, Osaka became number 3, and Tokyo became number 7 in The Economist’s List of Most Liveable Cities in 2018.

Since Japan is a relatively homogeneous country, Japanese people have experienced success in achieving high economic growth without migration. It is therefore very challenging to consider policy making ‘economic benefits by utilising immigration controls’ compared to other countries.

Under such circumstances, it has been in the relaxation of tourist visa requirements in recent years that the Japanese government has been most successful in immigration control.

By increasing the number of visa waiver countries for tourism purposes, the number of tourists increased significantly. Foreign tourist numbers reached a total of 31.19 million and foreign tourists spent a record-high ¥4.51 trillion (US$41.5 billion) in Japan in 2018.

According to the United Nations World Tourism Organization, Japan recorded the highest growth in tourist arrivals in the world

Apparently, this effect is the result of visa exemption, and the Japanese government and other regions with particularly small population and economic size have come to seriously consider “Inbound tourism”. The rate of repeaters from neighboring countries is remarkable, and many people started business or investing after that.

Overall, it is important to visit the country first when considering investing and this allows more foreigners to do so, with Japan.

The Japanese government launched a new “long-term tourist visa” in 2015 to create further tourism economic growth, but it is not well known overseas. For long-term tourism purposes (work prohibited), you can stay for up to one year, and the financial requirement is high compared to other country’s tourist visas, however they target High Net Worth individuals such as investors. Also, only citizens of visa exemption countries are permitted to apply for this visa.

In addition, you need to visit Japan first (as you need to be in Japan physically in order to apply this visa).  By experiencing living in Japan for long term, you may be able to visit, observe many places, build networks in Japan, identify what are the business opportunities and consider realistic business as a next step, which means this visa can be utilized before considering ‘Start-up visa’. (Business Manager)

Although Japan is culturally unique and attracts many foreigners, it also has a unique business culture that differs from the West in many ways.  Also, the language may be the most challenging point. However, it is also well known that world-famous tourist destinations are now recognized by foreigners, such as Niseko ski resort in Hokkaido and Hakuba ski resort in Nagano. Those were developed by Australians who came to Japan for sightseeing at first and Australian people are leading foreign entrepreneur for Japan now. Realistically, the population in Niseko is growing.

In addition, people may think that the cost of living is not affordable in Japan, however, if you go to regional or rural areas, it is unbelievably low. In fact, people in these areas desire to develop economic growth by attracting foreign tourists.

If you visit many places as a tourist, foreign investors will be able to see many business opportunities and possibilities for the “Tourism investment” on the spot. In addition, we have now JAEPA and CPTPP (TPP11) so that both agreements would be significant benefit for both Australian and New Zealand citizens.

Moreover, the EU-Japan Partnership Agreement (EPA) entered into force as of 1 February 2019 and is expecting further investment opportunities in the future.

In fact, there is a great shortage of accommodation facilities that can provide multiple language and other appropriate services to foreign tourists, and Japan has many cases of selling business due to the lack of successors.